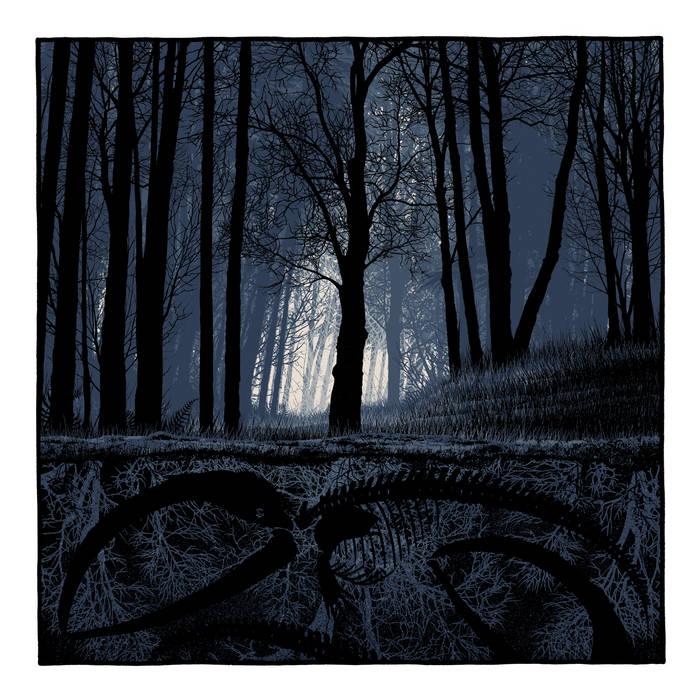 For Volume 2, this forward-thinking musical duo has ditched the CD format, instead releasing the album as a limited edition silkscreened print by acclaimed artist Dan McCarthy, who has worked with Wilco, Andrew Byrd and many more. The print is signed by the artist and by Carla and Matthias, and there is a download code for access to the album’s tracks printed on the back.

“Writing songs is the art of putting a frame around a story.” Kihlstedt notes. “We try to be faithful to what each story needs rather than being faithful to a particular style or genre.” Bossi adds: “We love classical music and all of its intricacy and detail. We revel in the simplicity of a backbeat with blocky chords. We nerd out to prog-rock. We swoon over melody-masters Bacharach and Bowie. We toss our influences together in the pot and serve them up with our own defiantly
minimal sound palette.”

Violinist, vocalist and composer Carla Kihlstedt is best known as a founding member of an array of avant-garde, rock, neo-classical and Americana groups including Tin Hat, Sleepytime Gorilla Museum, 2 Foot Yard, Causing a Tiger, and Minamo. She debuted her newest group, New Jazz Standards Quintet, at Jazz at Lincoln Center in May, 2014. She’s written critically acclaimed pieces for the International Contemporary Ensemble, Bang on a Can All-Stars, Brooklyn Rider, and the ROVA Saxophone Quartet and has contributed to recordings of Tom Waits, Fred Frith, Madeline Peyroux and many more. She currently serves on the faculty of New England Conservatory’s Contemporary Improvisation Department. Her husband and band-mate Matthias Bossi has performed with her in Sleepytime Gorilla Museum and The Book of Knots, and in addition to his
own work with his musical production company Ridiculon, has worked with Mike Watt, St. Vincent, Mike Patton, Pretty Lights and John Vanderslice.