by Causing a Tiger 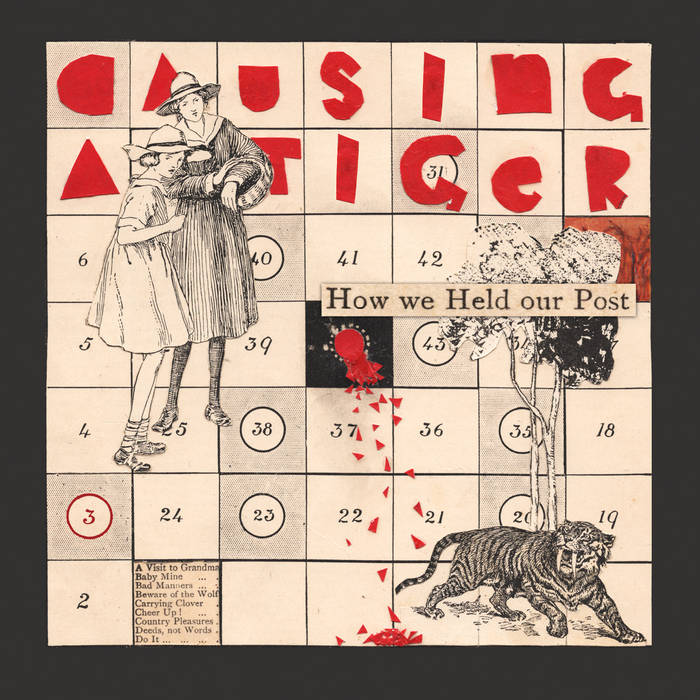 "As I sleep, some dream beguiles me, and suddenly I know I am dreaming. Then I think: This is a dream, a pure diversion of my will; and now I have unlimited power, I am going to cause a tiger."

The process of Causing A Tiger is always unpredictable, especially in dreams. The tiger may have the head of a fish, or the tail of a mouse. It may be green, or it may be covered entirely in buttons. In these inspirations and aberrations, all is revealed, nothing is sacred. This band never rehearses, but plays a rigorous, improvised set that at times sounds like devotional meditation, other times like a travelogue written while dreaming, and still other times like it might have been ripped from the pages of an underground American Songbook. For each live show, we set parameters that allow us to test the boundaries of expression and logic, often evoking a puzzling sense of familiarity. We are, all three, hopelessly dedicated to each other both onstage and off. Regardless of the tenor of the music, be it gross or delicate, subtle or barbaric, we remain accepting and exposed to anything forged in the heat of sonic congress.


"Causing a Tiger... went off the deep end in all the right ways... Textures were intermingled beautifully, and this group truly improvised as a collective... They created their own musical world in which they were all-powerful and which the rest of us could merely observe. It was quite an experience."

Shahzad Ismaily played baritone guitar, or tenor bass... call it what you will.

Matthias Bossi played drums, whistled, and yelped on "How We Held Our Post"

Jenni Quilter spoke on "The Story of Writing"

Prologue was recorded by Carla on the Sleepytime Gorilla Museum bus in a downpour on the highway between Seattle, WA and Portland, OR. Epilogue was recorded/mixed by Eli Crews at New, Improved Recording, Oakland, CA. These two tracks originally appeared in a dance-theater piece by inkBoat called Crazy Cloud based on the life and poetry of Ikkyu.

Collage and scribbles by Carla Kihlstedt.
Layout and design by Anna Singer.

We recorded this as fast as we could with as little ceremony and fuss as possible, trying to simulate the kind of fluid creative kamikaze state you can generally only achieve when you dream. We were in the living room of a farm house on Cape Cod. We set up a few mics, and improvised these songs. Our goal was to be true both to the sense of structure and form that makes a song a song, and to the unhinged spontenaeity that makes improvised music so thrilling. No time for filters, for second-guessing, for good taste to edit out the messy juicy bits. Here we are.