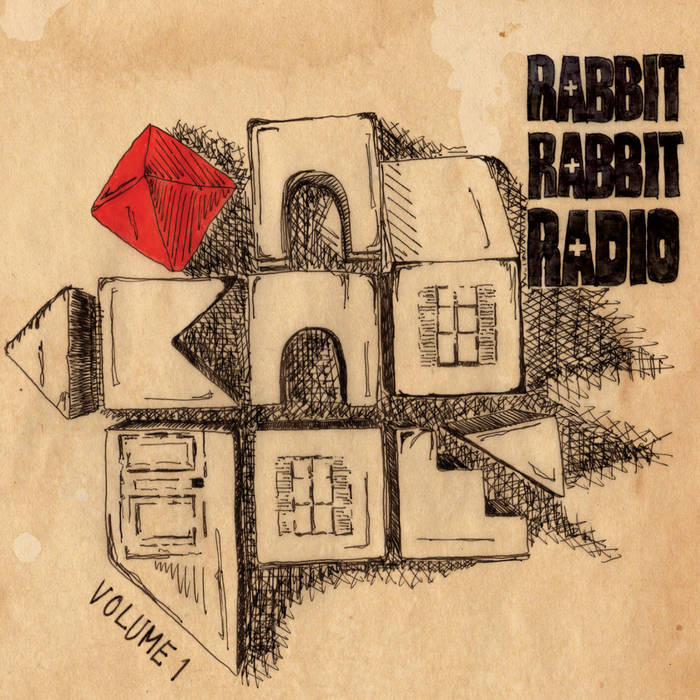 Rabbit Rabbit is the song-spinning duo of Carla Kihlstedt and Matthias Bossi. Collectively, this husband and wife team are founding members of the iconic bands Sleepytime Gorilla Museum, Tin Hat, 2 Foot Yard, Causing a Tiger, The Book of Knots, and Fred Frith’s Cosa Brava, and have played with Tom Waits, Mike Patton, Skeleton Key, Madeleine Peyroux, Tracy Chapman, John Vanderslice, St. Vincent, Carla Bozulich, Pretty Lights and The Tiger Lillies. Between them they have written music for the International Contemporary Ensemble, The Bang On a Can All-stars, The ROVA Saxophone Quartet, InkBoat, The Joe Goode Performance Group and Team Meat - the video game company that brought you Super Meat Boy.

But Rabbit Rabbit dares to peel back these influences, revealing an intimate and dramatic music that is all their own.

When the stars align, and they often do, they are joined by engineer/producer/bassist/guitarist Jon Evans whom you may know from his work with Tori Amos, Linda Perry and many others (jonevansmusic.com).

ABOUT RABBIT RABBIT RADIO:
In keeping with their fiercely independent nature, in February, 2012, they launched Rabbit Rabbit Radio as a way to connect with their listeners in a more meaningful way in this post-label world. On the first day of every month they release a new Rabbit Rabbit song to their subscribers, along with a video, photos, and other relevant insights. It's like getting an organic musical farm box delivered to you every month.

ABOUT THE CD:
Rabbit Rabbit Radio, Volume 1 is a re-ordered and newly mastered collection of the songs they created for their subscribers in 2012. Though they've clearly embraced the potential of releasing music in the digital realm, they are both lovers of hand-held, tangible objects of beauty. The physical CD is such an object. A collaboration between Carla, her sister Rya Kihlstedt, and RRR's graphic designer, Anna Singer, the CD includes a 16 page booklet with meticulously hand drawn artwork and lyrics, each page featuring an iconic object that represents each song.

PRESS:
“A bold, careening mashup of styles: progressive and jazzy art-pop meets classical/gypsy fantasies with Kihlstedt’s vocals twisting and turning melodies inside out and upside down…unlike anything you’ll hear today, this week or this year.” - Direct Current

“Kihlstedt’s work can be labeled as neo-classical, haunting and avant-garde; her husband joins her in harmony…they’re an impressive tag-team—the kind of musical pairing that belongs together.” - Leo Weekly

WHAT PEOPLE ARE SAYING:
From the mouths of RRR subscribers:

“…a luscious synthesis of language and sound.”

“…brings back to music what the labels have destroyed, and continue to destroy.”

“Carla and Matthias are the greatest musical couple since Clara and Robert Schumann.”

“The future of music distribution? That’d be nice.”

“Beautiful. So, so beautiful.”

“Angels tear their hair out in jealousy.”

TWITTER & FACEBOOK POSTS:
“It's such a terrific project... Rabbit Rabbit Radio is as Inspired as It is Inspiring.” (Melea Seward @boardofus)

“Subscribe to listen, read, and watch — it's fantastic!” Contemporaneous @econtemp)

“i've been listening to this month's song on repeat. LOVE IT!” (Michael Furie)

“This is PHENOMENAL! ...it completely blew me away!” (Kelly Payton)

”Loving this whole adventure. ...Such a fan!” (Kristy Foye:)

“If you aren't a part of Rabbit Rabbit Radio, why aren't you??” (Anthony Kibort:)

Carla’s... singing has gone beyond wonderful to amazing. Thank you...for sharing your art/life with us. May Rabbit Rabbit run evermore.” (Jon Szanto)

“I am so amazed by the first issue of Rabbit Rabbit Radio!” (David Bloom)

“I can not stop counting the days till RRR kicks off. It has taken over my life in the BEST possible way.” (Robert Suthard)